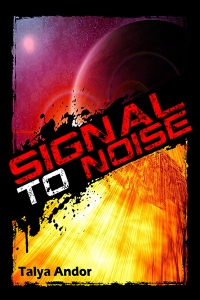 It’s been three years since the Incursion; three long years since Bastian and his twin brother Theo became the sole survivors on the planet Noise. Their distress calls have gone unanswered, and they are running out of supplies. They have no one but each other. And when the long-awaited rescue finally arrives, it brings with it complications that make being alone and forgotten look easy.

After surviving alone on Noise for years, Bastian and Theo are exhilarated and terrified by the thriving chaos of Central. Even in the middle of civilization, they stand apart, bound together by their years of isolation. Central is their chance to change that and find the ordinary lives they never knew on Noise. Long, lonely days struggling to survive are firmly in their past.

But the present proves to hold conflicts of its own, and if Bastian and Theo hope to survive to enjoy their new lives, they may have to return to the hard lessons of their nightmarish past …